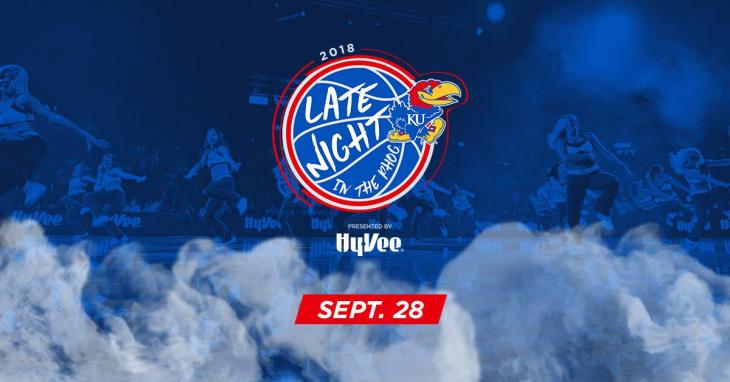 A couple of years ago about this time I attempted some analysis on how Late Night in the Phog fared as a recruiting tool. Gathering lists of attendees each year from kusports.com, I determined that – overall – Coach Self’s success rate for signing recruits who attended Late Night was around 30%. Unfortunately, that success rate hasn’t improved since then as there have only been two commitments so far from players who attended in 2016 and 2017 (Billy Preston and David McCormack). There are still 14 recruits from those two years who haven’t committed anywhere however, with 7 of them graduating high school in 2019 (though one of them, Markese Jacobs, does not look like he will be attending KU). 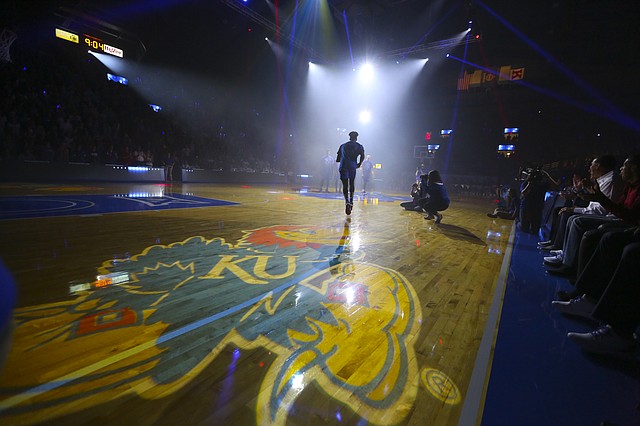 Lagerald Vick is the lone senior on Kansas’ roster, so if we assume the Jayhawks have as strong of an upcoming season as projected (we are typically ranked either the preseason #1 or #2 team) and lose Udoka Azubuike (he tested the water after his sophomore campaign and probably will want to leave next spring), Dedric Lawson (a potential Big 12 POY candidate), and Quentin Grimes (widely considered to be an elite prospect with lottery-level potential) to the NBA Draft, there could be four, open roster spots – three when you factor local product Christian Braun’s commitment (I’m not going to get into Silvio De Sousa’s potential status). That’s not an insignificant number to fill considering that all four of the players potentially leaving the program will most likely have started/played key roles for the upcoming 2018-2019 season.

For the record, Bragg was not playing The Allman Brothers’ ‘Ramblin’ Man’…

Obviously it’s silly to think that Late Night in the Phog is the only recruiting tool available to Coach Self, but it definitely is the single most celebrated and the most marketable event – and one of the most visible among all of college basketball’s top-tier schools. Given that, it’s striking to see how the past few years have been somewhat lean with commitments given all the recruits that have attended:

Although we lost Zion (which David McCormack is laughing about), Jeremiah Robinson-Earl and N’faly Dante to the right of him are still in the mix.

To be clear, some of those recruits attended more than one of those four Late Nights and are double-counted, but that’s still a lot of visits – 60 in total. Out of those 60, there have been just 3 commitments from Late Night attendees and 39 recruits who have said no or signed elsewhere. If you remove the undecideds from the calculation, that’s a success rate of just under 8% – a far cry from Self’s overall Late Night success rate of 30%.

So what’s changed – why the dramatic drop? I had two thoughts:

Now, for my first thought on Notable Events, we might not know for the next couple of years whether there is a bump in the numbers with a Final Four increasing our exposure & stature and helping to push recruits to sign with KU. Although there was a small uptick in 2009’s Late Night signing percentage, it wasn’t overly significant. The success rate increase in 2012 immediately after the Final Four in New Orleans was a much more pronounced spike, though with only four visitors it was the smallest number of recruits that attended Late Night since Self’s first in 2003 which only had one recruit (Darnell Jackson). It will be interesting to see if 2018’s Final Four berth translates to a similar uptick in the Late Night signing success rate.

As for my second thought, maybe the expectation of Self and the coaching staff is to try to get one or two high-profile recruits each year that attend Late Night – regardless of whether there are 7 invitees or 15, but the majority of the recruiting success is done outside of the event. In other words, Late Night is marketing and a showcase of the team for the fans, but the in-homes and vast amount of other work that go into recruiting is the real sales effort.

The problem with that view however, can be found by looking at the latest list of this year’s attendees for Late Night: As I stated at the beginning of this post, I am anticipating several, key roster spots being open for the 2019-2020 season. Of the 12 recruits listed, 6 of them have attended at least one, previous Late Night (Jeremiah Robinson-Earl, James Wiseman, R.J. Hampton, N’Faly Dante, Chandler Lawson, and Jonathan Lawson) and 3 others are graduating seniors (Cassius Stanley, Isaac McBride, and Anthony Walker). I think that KU needs to ultimately secure commitments from at least 4 of these players – 2 for 2019 and 2 for 2020 – to demonstrate Late Night’s continued recruiting importance.

So, to answer the question in the title of this post, Late Night is still an effective promotional and entertainment tool, but we might have a better idea at how effective of a recruitment tool it is when the signing period for 2019 graduates comes to a close – and definitely by 2020. It could be argued that Late Night never was an overly effective recruiting tool to begin with, as sustained excellence, opportunities to play, and continued high-profile accomplishments of the team have more to do with drawing elite talent to Lawrence, but I would not take that stance. Naturally you need a successful program, but I think that showcasing the program’s rich history alongside the pageantry of Late Night and the passion of the Jayhawk faithful counts for a lot in the recruiting process and helps to feed that success. The next year or so may be very key in telling us whether that is true.

Until the additional data points come in however, enjoy 2 Chainz and get ready for an exciting 2018-19 season!