A Deadspin article prompted an article on KUsports.com to ask: If you could change the outcome of one KU game in history, which would you pick?

Although from an emotional standpoint the deepest scars I have stem from the Final Four loss to Duke in ’86 and the Sweet Sixteen loss to Arizona in ’97, but magically winning those wouldn’t have necessarily resulted in wins & an NCAA championship. Perhaps Louisville was destined to not lose to KU a third (!) time in ’86 and Never Nervous Pervis Ellison would have dominated Greg Dreiling and/or Danny Manning. Perhaps the challenge of taking on Paul Pierce would have turned Ron Mercer into a beast for Kentucky in ’97.

Hollywood has shown us the (ahem) reality of unintended consequences in such movies as The Family Man, The Butterfly Effect, and of course: 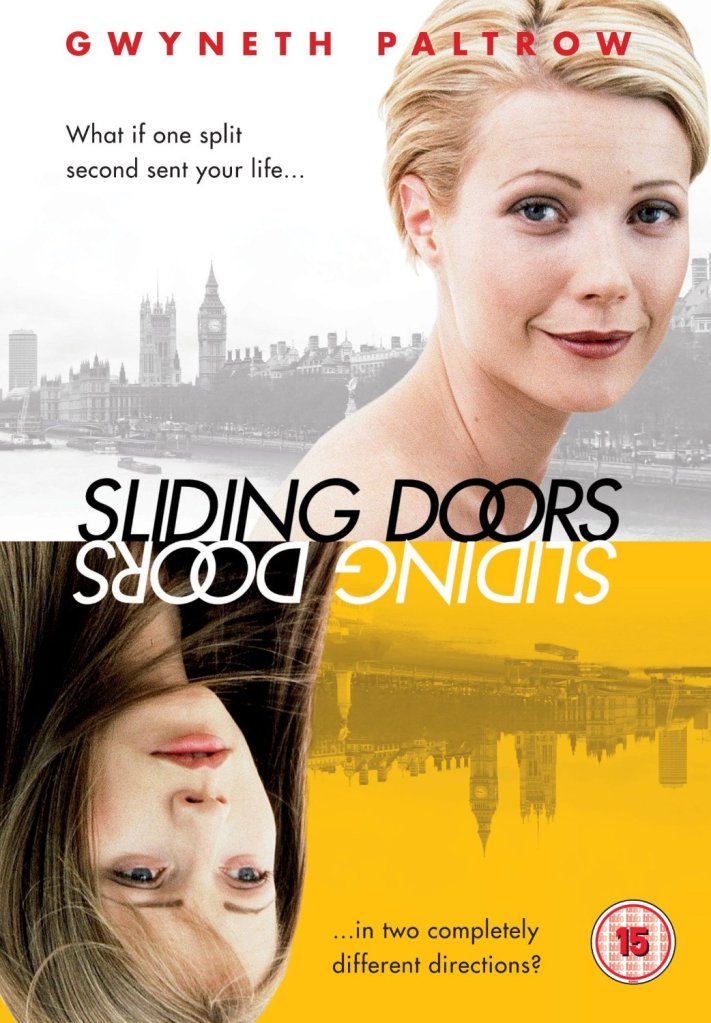 Speaking of how dangerous doors can be when you start mucking about with timelines and alternate realities, how about this moment from this season’s Game of Thrones right before, well…you know. Poor Hodor:

The lesson? Go for the sure thing when given such an opportunity because you never know how long you can hold that door. (Okay, that was a stretch for a tie-in. For the record, I groaned, too.) So, when posed the option of being able to choose one game to flip the results, you simply have to select from among the six, championship game losses and ensure a fourth, national title. But what could have happened next, after flipping that loss to a win? A reverse order ranking of the losses along with some thoughts about What Coulda Been:

#6: 1940 loss to Indiana. I don’t have a lot of commentary on this. Kansas was an established power and Phog Allen was already a highly regarded coach. This was only the second NCAA tournament, and conference titles were still more highly regarded. The upside of flipping this game would be dropping IU’s total number of titles so they would be tied with KU, but this can also be done with…

#5: 1953 loss to Indiana. Branch McCracken earned his second championship at Kansas’ & Allen’s expense, but as the Jayhawks were coming off of a title the year before, the sting was definitely lessened. Still this would have given Phog a second title and maybe given him a bit more of a lasting, championship legacy that competed with Adolph Rupp’s and Hank Iba’s success, but it’s not exactly like Allen is considered chopped liver. He is the Father of Basketball Coaching, for goodness’ sake.

#4: 1991 loss to Duke. This would have given Roy Williams his first national championship, and delayed Coach K’s first title by at least a year (who knows if they would have won in ’92 with the emotional baggage of a loss to KU in ’91). The positive thing about a title in Roy’s third year at Kansas would have been how the “Best Coach to Never Have Won a Championship” mantle would have never been a constant narrative, though it’s entirely possible that if he didn’t win any other titles at KU that the knock on him would have been how he couldn’t scale the mountain a second time. Maybe Roy could have parlayed the title to help him win high school recruits we were in the running for like Ben Davis (instead of having him transfer down the road), Donyell Marshall, Jimmy King, or Jason Kidd (who was thisclose to going to Kansas instead of California). Obviously we’ll never know. Another thing we’ll never know is whether winning a title would have factored into Roy’s decision to remain at KU in 2000 instead of heading to North Carolina following Bill Guthridge’s retirement, or when he did leave for UNC following…

#3: 2003 loss to Syracuse. In addition to winning a title, it would have been fascinating to see how the coaching carousel would have played out. If Roy would have stayed at Kansas, Bill Self might have stayed at Illinois, at least for another couple of years – or maybe he would have been the candidate to replace Matt Doherty at UNC (probably not).If Williams had still left for UNC and Self did come to Kansas and won a title in 2008, KU would have been one of only two schools that would have won titles with four different coaches, Kentucky being the other one. As it relates to the players, it would have been fitting for Jayhawk favorites Kirk Hinrich and Nick Collison to have won it all after getting to the Final Four in 2002, and who knows how the transfer trajectories of J.R. Giddens and David Padgett would have played out. Would Carmelo Anthony still been as big of a deal heading into the NBA Draft? What would Jim Boeheim’s legacy be without a title for validation – and would he still be at Syracuse with all the trials & tribulations there? If for nothing else, Kansas winning this game would mean that we wouldn’t have to see Hakim Warrick’s block on Michael Lee in all the tournament highlight packages.

#2: 1957 loss to UNC. Kansas would be tied with North Carolina with four titles if this triple-OT game had gone KU’s way (and still been one of only two schools with four different coaches winning titles). But the biggest beneficiary, of course, really would have been Wilt Chamberlain. It took a decade following this loss for Wilt to win his first NBA title, but even afterwards he still had to deal with the expectations that he should have won more of The Big Ones. The fallout from this loss was huge. Was Wilt and KU emotionally fragile after this game and did it play a part in not getting to the tournament in ’58? Did this also play a part in Dick Harp’s resigning from coaching Kansas in 1964? Would Wilt have remained and played at Kansas for his senior year if he felt that Harp’s coaching ability combined with his having previously tasted success with a title in ’57 could overcome the frustration from constant double- and triple-teams? How would striking Wilt’s feeling of failure at KU impacted how he supported the university as he grew into one of the greatest players in the NBA?

#1: 2012 loss to Kentucky. It may smack of recency bias, but flipping the results of this game is the clear “winner” of this list of games. Coach Self having two titles would ensure a statue of him next to Phog Allen outside of the Fieldhouse, and he would unarguably be on the Mount Rushmore of current, college basketball coaches. Any lingering questions around early tournament exits would be swept away, and an already impressive ability to recruit may have been taken to a new level. Roy Williams would have probably benefited from this as well, as KU fans would be perfectly happy with how his leaving in 2003 worked out. The perceived luck of KU’s 1988 and 2008 titles wouldn’t linger anymore, as Self would have laid claim to his second championship, giving the Jayhawk faithful the confidence that a third was inevitable. The only real risk to that third title would be if Self became anxious to prove his abilities by coaching in the NBA, and Oklahoma City’s opening last year would probably have looked awfully appetizing.