SI recently released their 2014-2015 college basketball preview editions, and to grace their five, regional covers they selected players from Kentucky, Arizona, Wisconsin, Duke, and Texas. I don’t have an issue with this, because these five teams also happen to be SI’s top five teams, as well. Oh – wait…I guess that’s not quite correct. The first four are SI’s top four (in that order), with Texas coming in at number twelve. Kansas, while in the same region as Texas and ranked at number five, for some reason isn’t a solid enough choice to grace one of this year’s regional covers – even though it would line up perfectly with their top teams while providing a nice bit of symmetry with their releases.

In any event, SI has been doing college basketball previews for a while, and one of their more interesting editions (at least for KU fans) is from December of 1957. Obviously there’s a healthy dose of Wilt Chamberlain, but also check out how SI includes Allen Fieldhouse in their photo-essay of brand new, multi-million dollar arenas that sprung up in basketball’s arms’ race: 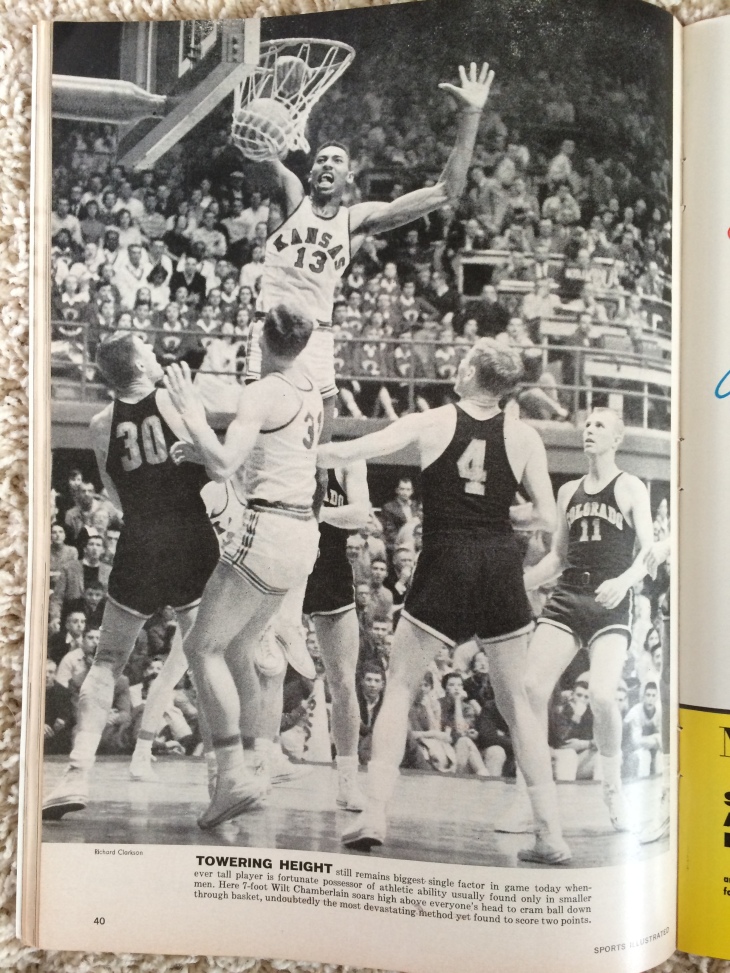 Since then, a Jayhawk has graced the cover of SI’s preview (again, preview) magazines a total of six times. In case you’re curious, North Carolina appears to have been on SI’s preview edition a total of seven times, Duke six times, and Kentucky four times. UCLA was pictured twice for sure and maybe three – a 1970 cover of Sidney Wicks didn’t explicitly say it was the preseason magazine, Arizona twice, and a whopping once for the Tigers. The Auburn Tigers, that is. Missouri hasn’t even rated a cover that had someone from another team dunking on them, as best as I can tell. Feel free to check out any other schools you’d like by going here.

Below is KU BALLS’ collection of SI college basketball preview magazines that feature Kansas’ players on the cover: 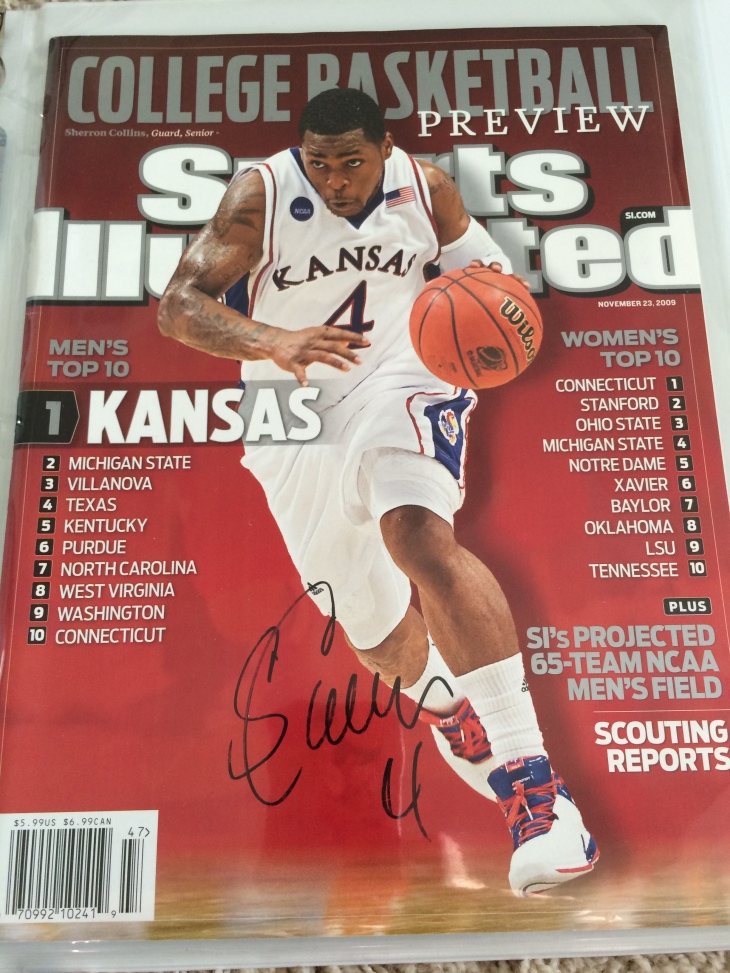 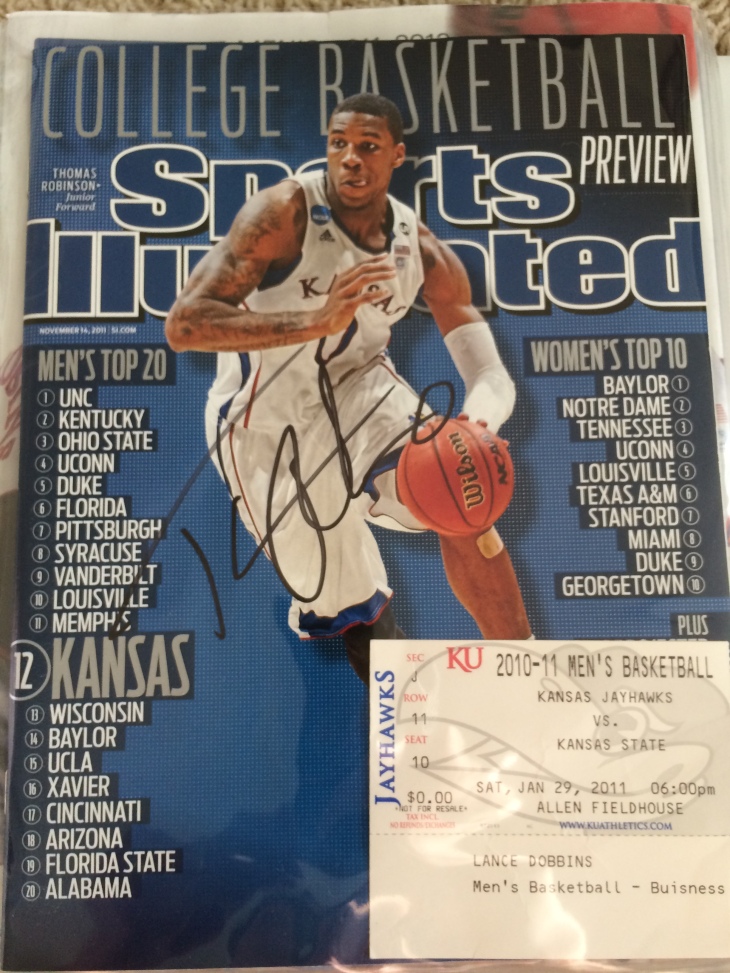 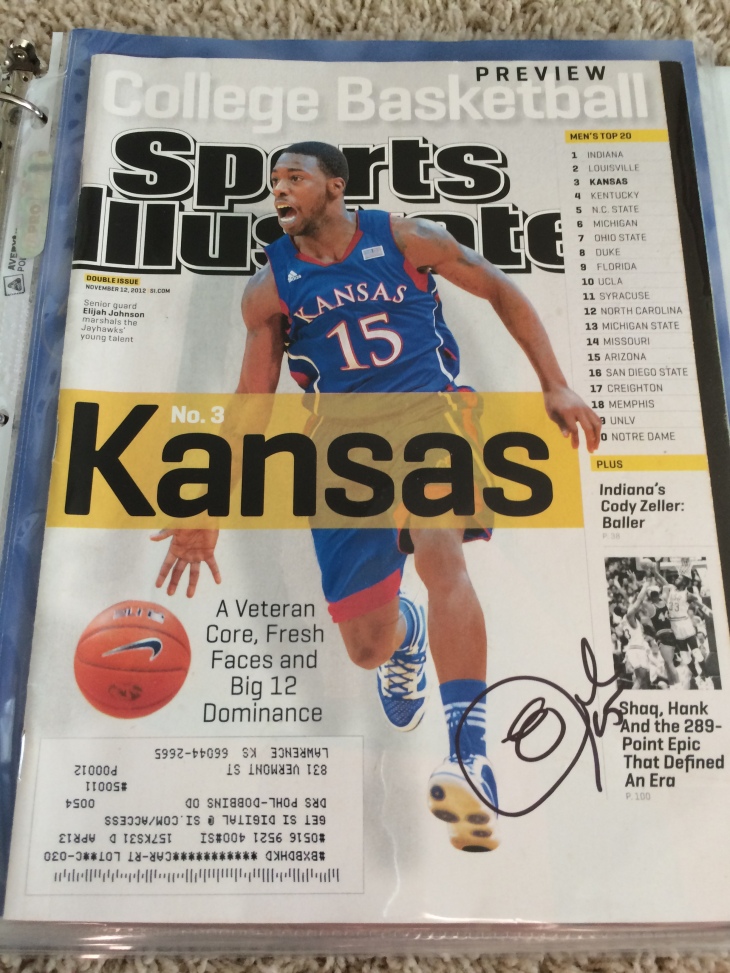